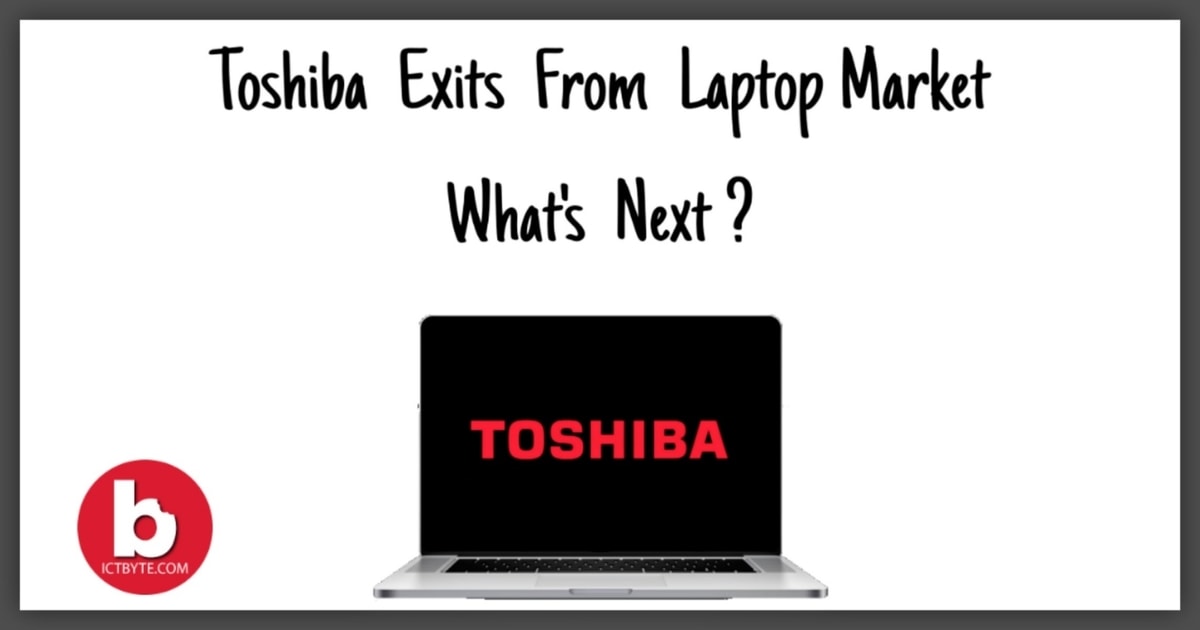 Toshiba, the popular Japanese company which was popular in the PC business for introducing the satellite range of notebooks has finally left the PC market. The company had produced nothing but losses in the PC market. So, on June 30th, 2020 Toshiba sold their business to another Japanese electronics manufacturing company, Sharp corporation. Thus, Toshiba exits from Laptop Market

Toshiba corporation founded in 1939 entered the PC market in 1985. By the 1990s the company was launching quality laptops in satellite range and started making thin, small, and light-weight laptops. Due to which they were the leading laptop company in the late ’90s. As in the 2000s, the products of Toshiba were bland compared to its competitors. The Apple products were in high demand, HP and Dell laptops were improving. As the market became highly competitive Lenovo, Dell and HP were dominating the market in the 2010s. Toshiba was falling down the shopping list. The products were not able to get users and the company was suffering from high loss.

In 2018 Toshiba sold its PC business shares to Sharp but kept 19.9% share with an option in sharp’s favor to buy that stock in the coming days.  Quickly after buying the shares, Sharp renamed the business to ‘Dynabook’ and released new models and reviving the PC brand. Dynabook did really well in the market. On 30th June 2020 Sharp triggered its option to buy the remaining shares from Toshiba. Thus, Toshiba sold the remaining shares and ended its role as PC vendors.

It took the Japanese company around 70years to come to a peak and only 10years to fall. Toshiba’s high-profile nuclear business is also not doing well as they haven’t seen a profit from 2013. .Toshiba now mainly focuses on producing electronic and technical devices by associating with various companies. Also, Toshiba unveiled its plan to launch quantum cryptography services by September 2020.