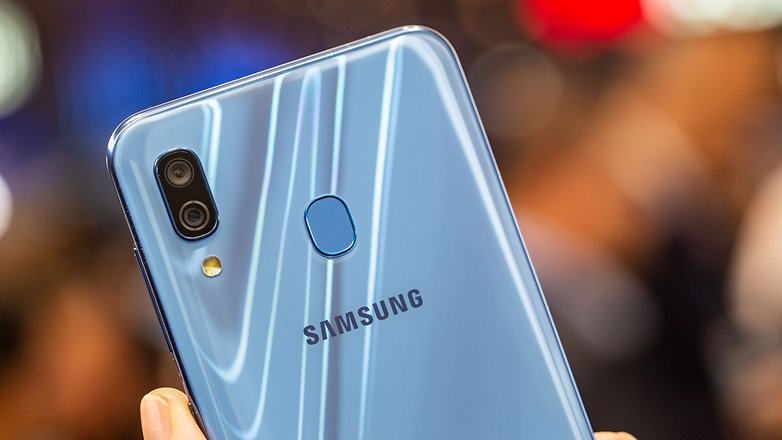 Samsung has been heading the mid-range market with some special phones. Galaxy a 30 was launched in 2019, 25th February.

The frame of this phone is in u-shape which makes the phone pretty attractive. Galaxy a 30 has built with the combination of glass and shiny plastic where glass is used for the front side and plastic for the backside of the phone.

Overall the weight of this phone is 165 gram which is pretty much dazzling. The glass that is used on the front side of the phone is called gorilla glass 3 which helps to protect from external damages.

Similarly, the most attractive feature of the phone is, this large 6.4 inches super AMOLED capacitive touch screen which is really tall and there is a higher resolution which is 1080 *2340 pixels that provide the ability to capture or display more visual information.

The density of the pixel is 403 PPI which means the quality of the image is sharp. Galaxy a 30 has a single loudspeaker at the bottom so, the loudspeaker quality may be quite disappointing. Unfortunately, the loudness test may be below the average and the sound quality is just okay.

Basically phone’s memory includes RAM and ROM. The bigger the RAM, the more software, the phone runs smoothly. So, this phone has 4 GB of RAM. likewise, ROM means the device internal storage which stores more data and the ROM of this phone is 64 GB, which can be further expended through an external SD card.

This phone is scheduled to get android 10 and one UI 2.0 at the same time it provides galaxy for the skinny digital experience which means, a more refined UI in some default application.

In terms of performance, this phone is powered by Exynos 7904 chipset, octa-core CPU, and mallee G7. In GPU there are two types of models and first one is a base bond with 32-bit model has three gigs of RAM and the second one is a top tire with a 64 gigs model has four gigs of RAM. Overall the performance is really not bad.

The battery life is quite good. It has 4000 million power battery editor and an endurance rating of 92 hours.

Moving on to the camera galaxy a 30 has a dual camera on their back, a 16-megapixel wide-angle lens, and a 5-megapixel ultralight sensor. On the front camera, it has a 16-megapixel lens and you can do 1080p on it which is really good. So, overall for the camera, it’s pretty good for budget phones.

So for a price of rupees twenty- three thousand eight hundred and ninety-nine, it offers a great display of great design, excellent battery life, decent cameras, and a user-friendly UI.

Nokia 3.1 Plus Specs and Price in Nepal