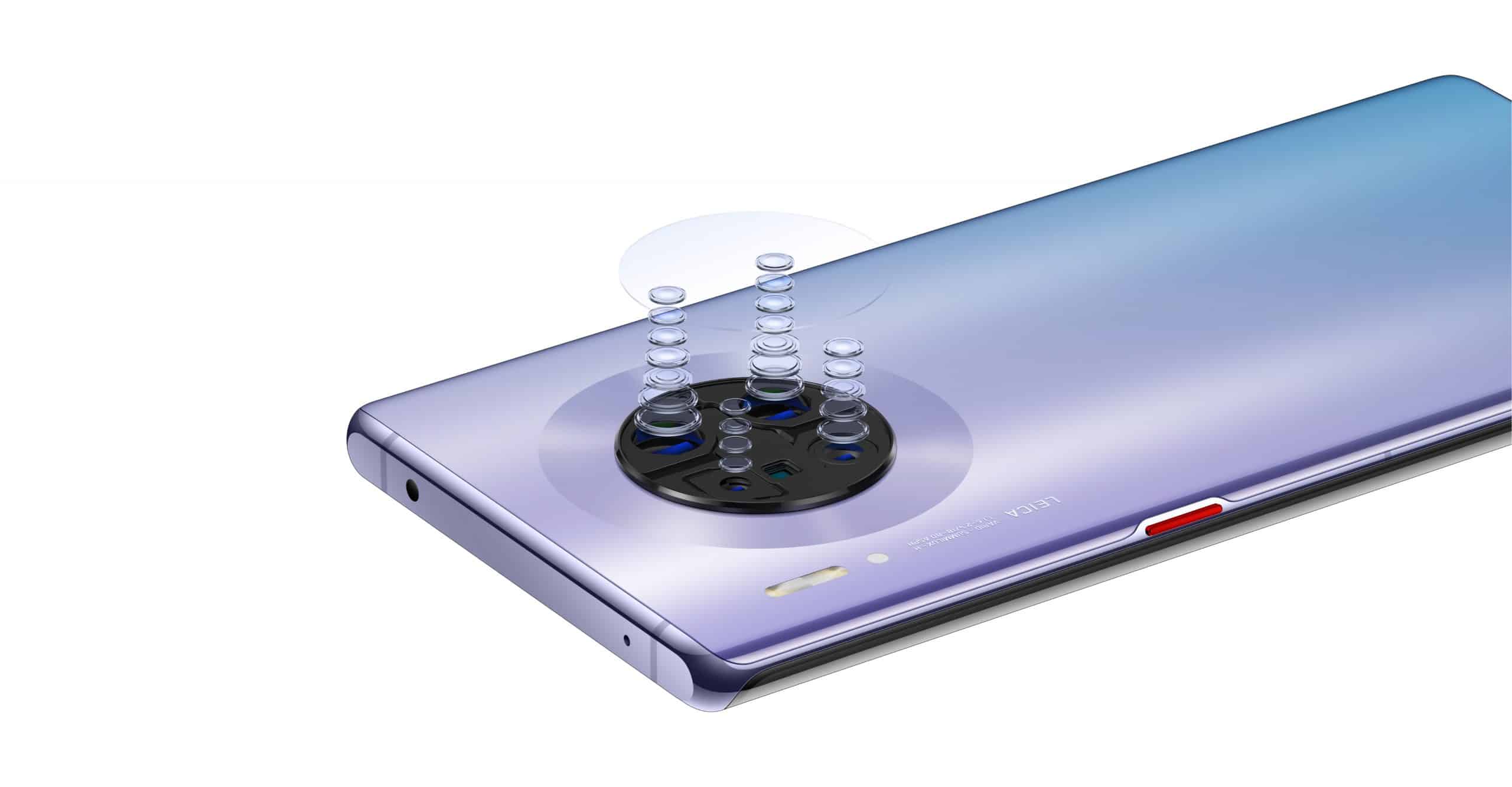 Mate 30 Pro has the screen on the side of the phone. It looks like it is falling from the side which gives it a dramatic and cool look. The phone has a glass front and back which gives it a premium look. As it is a flagship phone, the price isn’t cheap.

The phone has a dimension 158.1 x 73.1 x 8.8 mm and weighs 198 g. Similarly, it has a 6.53 inches OLED capacitive touchscreen which feels comfortable while using. There is a small notch on the front for the selfie camera. Having a notch does interrupt with the full-screen viewing experience. But I’m not mad about it on this phone. The notch suits the design of the phone.

For photos and videos, the mobile phone has the Quad cameras in a circular shaped setup which consists of 40 MP wide-angle lens, 8 MP telephoto lens, 40 MP ultra-wide-angle lens, and 3D, depth sensor. The setup also includes a dual-LED dual-tone flash.

On the front, we have 32 MP wide lens and a 3D Depth Sensing Camera. The camera performs well in the daylight and works decent enough in the night time.

Similarly, the battery of the phone is a 4500  mAh that comes with 40 W supercharger. The battery will last a day.

The phone has up to 128/256 GB storage with expandable memory. However, you need a Huawei NM card to do add the extra space. Moreover, network connectivity options on the phone include Hybrid SIM (Nano-SIM, dual stand-by), WiFi 802.11 a/b/g/n/ac/ax, Bluetooth 5.1, sub-6GHz 5G spectrum, GPS with dual-band A-GPS, GLONASS, BDS, GALILEO, QZSS, and a USB 3.1, Type-C 1.0 reversible connector. However, there is no headphone jack.

The Huwaei Mate 30 Pro is priced at NPR. 129,900. The phone is available through official distributors of Huawei Nepal.

The Mate 30 Pro is a cool phone. It has only one button that is coloured in red. The colour pops up and suits perfectly with the design. You can change the volume by tapping on the side of the phone. Huawei has marketed the phone as an endless screen, which by the looks does give justice to the name. However, the notch on the front limits the name endless.

Huawei is known for being a budget phone in Nepal. The flagship phones don’t go well with the image Huawei has created in Nepal. The price of the Mate 30 Pro is expensive than an iPhone 11. Although it could have been the phone of the year with the support of the google play store, the price doesn’t fight the frame for the current situation.

It is a wonderful phone with cool design, good specs awesome cameras. however, the phone feels flat without the support of Google. I want to root for this smartphone even with the price and the conflict with the US. But the odds are against the phone in the context of Nepal.

How to secure your website? Here is what the Department of IT, Nepal Government recommends.