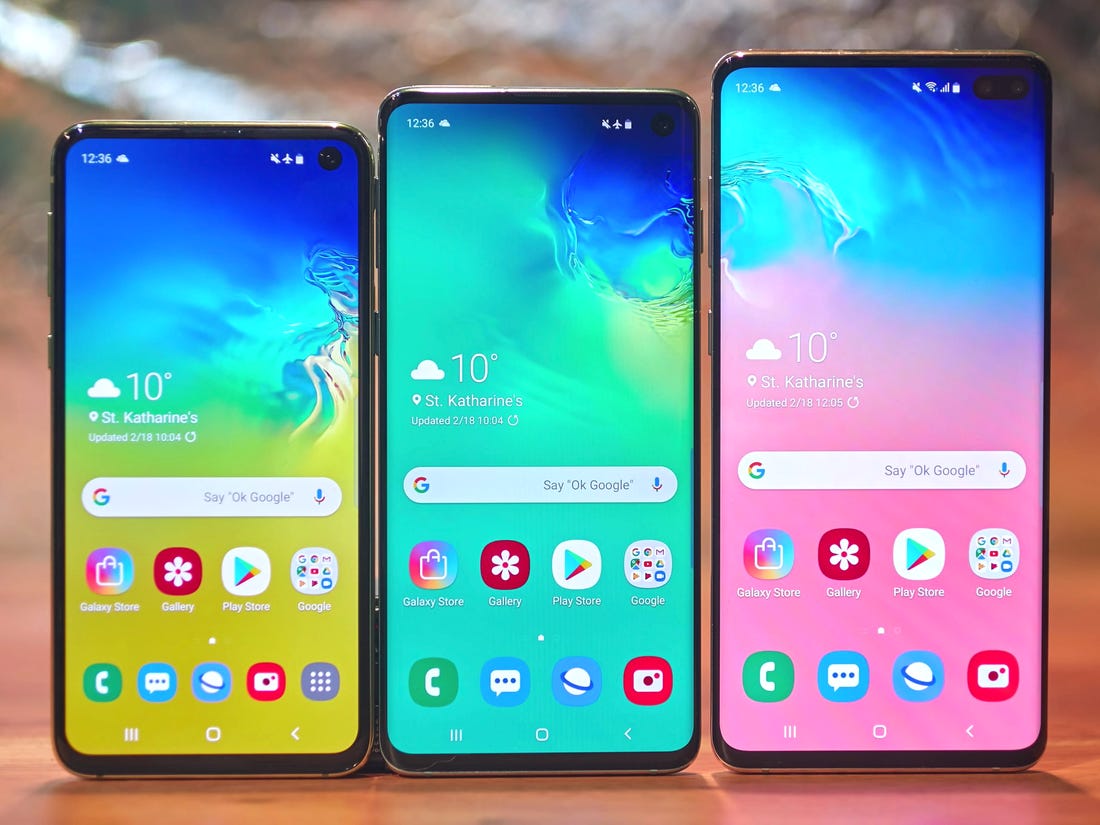 The smallest member of the S10 family is the Samsung galaxy S10e. The S10e has a dual camera in place of triple cameras. Likewise, the battery is also a bit smaller in the S10e compared to other S10 phones.

However, the phone runs on the same chipset as its older brothers. Likewise, the primary cameras are also the same. The phone is only missing the telephoto lens. Let us look at some of the specifications and features of Galaxy S10e.

The phone has a dimension 142.2 x 69.9 x 7.9 mm and weighs 150 g. Similarly, it has a 5.8 inches dynamic AMOLED capacitive touchscreen. You also get a punch-hole instead of a notch for the selfie camera. With the frequent use, you will barely notice it. It also gives more screen space on the phone.

For photos and videos, the mobile phone has the dual-camera in a line setup which consists of 12 MP Dual Pixel wide lens and 16MP ultra-wide lens. The setup also includes a LED flash.

On the front, we have a 10 MP, wide Dual Pixel lens camera. The camera performs well in the daylight as well as in the night time. The night mode also works wonders.

Similarly, the battery of the phone is a 3100 mAh that comes with 15 W quick charger. The battery will last a day.

The phone is available in 2 colours: Prism White and Prism Black.

The price of Samsung Galaxy S10e in Nepal is Rs.73,999.  The phone is available in retail as well as in online stores.

The battery is a bite smaller for the price, in my opinion. Otherwise, the phone seems like a great option to me. However, if you the specs side by side on a paper with other S10 phones definitely you will not choose S10e.

But if you look at the specs of the phone without comparing to any other phone you will see its a great phone. The main problem is the battery, but other than that it is wonderful.