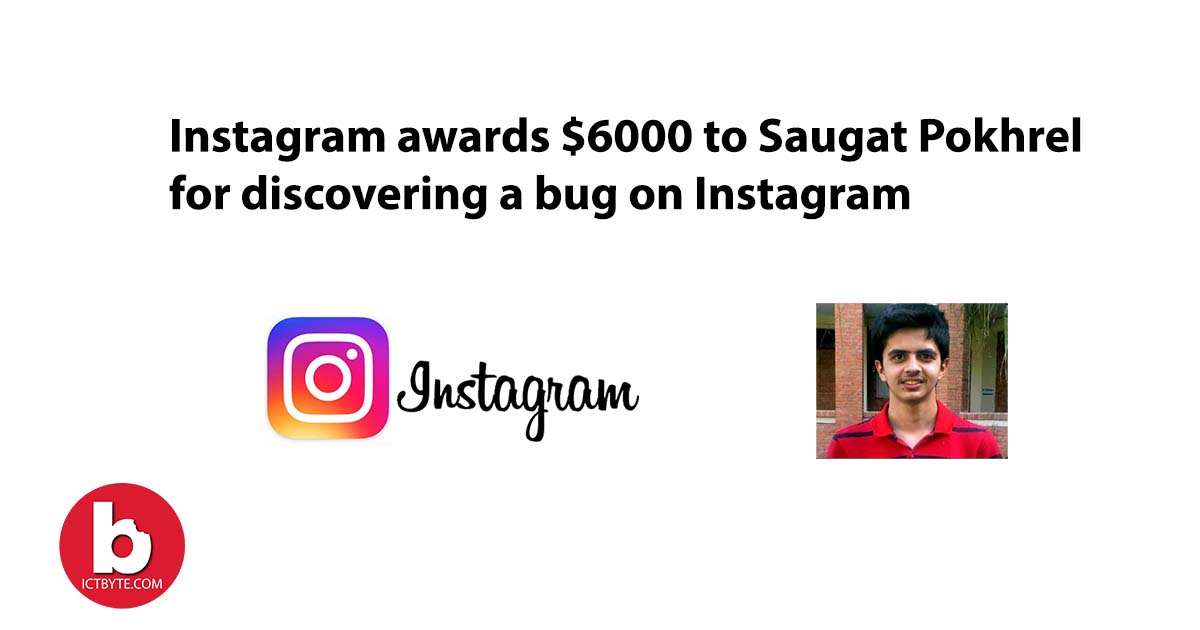 Instagram is one of the biggest social media platform where people share pictures as well as communicate with the ‘Direct Message feature’. Although Instagram had to delete the deleted data after temporarily keeping for some time, it had instead retained the data. It had not deleted the data even after crossing the time to keep the data temporarily.

Researcher Saugat Pokhrel downloaded the data back in 2019. When he received the data, he found out that he still had some of the private messages and photos that he had already deleted. After that, he came to the realization that there was a vulnerability in Instagram.

“Instagram didn’t delete my data even when I deleted them from my end,” he told TechCrunch. After he found out the bug, he reported this problem to Instagram through Instagram’s ‘Bug Bounty Program’ in October 2019.

Pokhrel also said that Instagram has already fixed the bug earlier this month. After Instagram received the information about the bug, they awarded Pokharel $6000 as an Instagram bug report reward.

After the discovery of the bug, Instagram admitted about their flaw and expressed their thankfulness towards Saugat Pokhrel for reporting the bug.

Actually, the application keeps the deleted files and data for some time and permanently deletes it later. However, in reality, Instagram had not deleted Saugat’s data permanently. He had deleted the data more than a year back but it was still present in Instagram’s server.

The importance of data security and privacy is very high in the current world. You can literally get all the info about the people using these data. And, if it gets in the wrong hand, it can be misused. Due to these privacy issues, Facebook had to pay $5 billion before as well for distributing user data without informing the US Federal Trade Commission. Even TikTok and Twitter are or have been involved before in such privacy issues.

So, most companies are giving their importance towards privacy issues. Also, they have been rewarding researchers and security analysts for finding such bugs so as to encourage them to help find the bug.