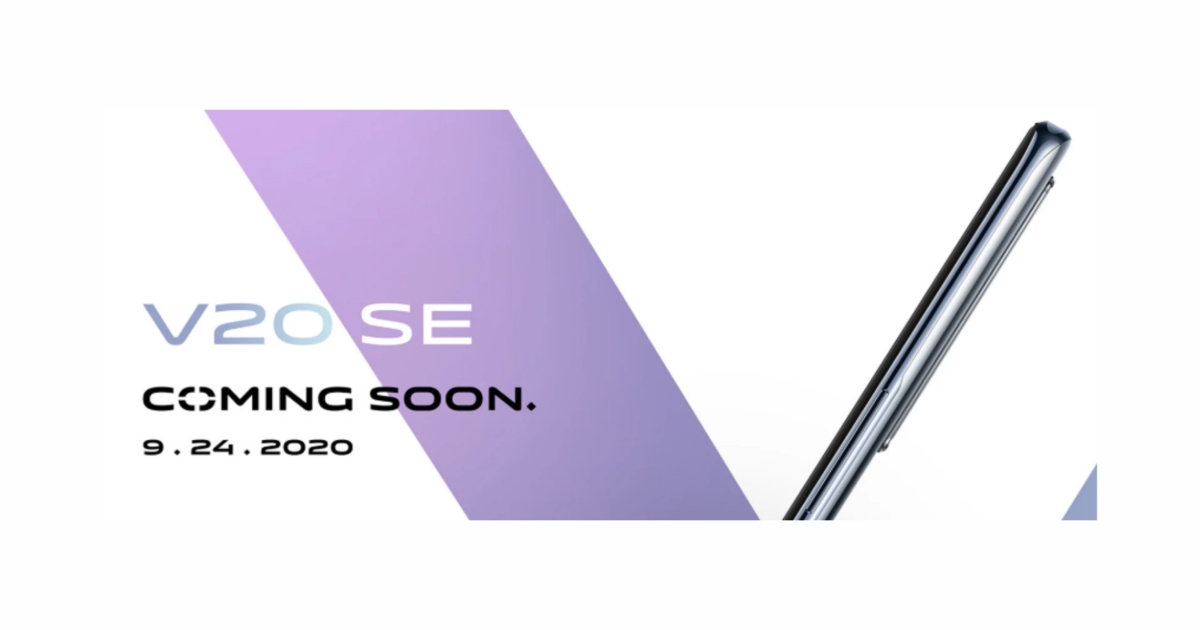 Among three new series which will include three devices, the launch of the first device of the V20 Series has been confirmed. Vivo V20 SE is launching on Sep 24, 2020. Below are the rumored Specs and prices in Nepal.

vivo V20 SE is powered by an Octa-core processor with Qualcomm Snapdragon 665. It runs on Android 10 and has Adreno 610 as GPU. With 8GB RAM the storage of this phone is 128 GB which can be expanded up to 256 GB.

Vivo V20 SE has a dual camera with various modes and features. It has a 48MP back and 16MP front camera. The features included in the camera are Face detection, Digital Zoom, Auto Flash, Touch to focus, and others. The camera of the smartphones has various modes such as High Dynamic Range mode (HDR and Continuous Shooting.

This VIVO smartphone is integrated with various sensors like Accelerometer, Proximity sensor, Light sensor, Gyroscope, Compass. Also, it has a Fingerprint Sensor positioned at the side of the phone,

It is supported by Li-ion 4500 mAh non-removable battery with quick charging ar 33W. The adapter is USB Type C.