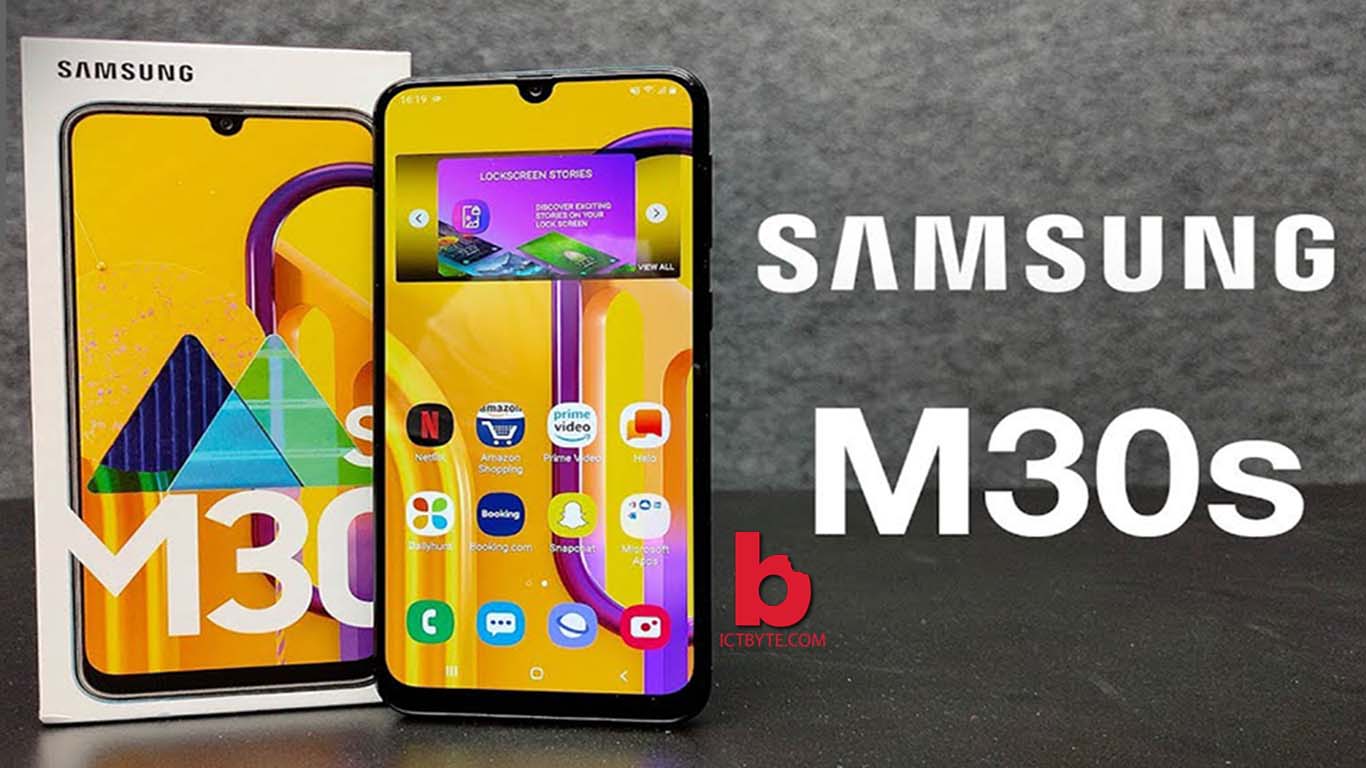 Samsung has been the leading company for smartphones all over the world. With the production of the high-end phones such as the Samsung Galaxy Note Series, Galaxy S Series Smartphones to the budget phone like Samsung A-Series, etc.

And now, Samsung has brought us the new Samsung Galaxy M30s smartphone adding to their list of the unbelievable budget smartphone in the Galaxy M Series. With a large 6.4-inch Full HD along with Infinity U-Super AMOLED display, the Samsung Galaxy M30s has an amazing display of 2340p x 1080p that will surely impress you over the previous Galaxy M30.

The Galaxy M30s is powered by Exynos 9611 chipset enabling seamless multitasking and faster application launching. Samsung has improved the M30s significantly over the Galaxy M30 by powering the phone with a CPU of 10nm Octa-Core processor and a Mali-G72MP3 GPU.

The phone has been integrated with Android version 9.0 (Android Pie) and runs on One UI. The Galaxy M30s comes in two different model specs, one with 4GB RAM with 64GB Storage and other with 6GB RAM with 128GB Storage, which both can be expanded up to 512GB using a micro SD card.

Samsung has also integrated the Fingerprint sensor at the backside of the phone and a Face Unlock feature, thus not compromising in the security of the user.

The audio of the phone is Dolby Atmos Supported. Samsung has also integrated Bluetooth 5.0 which is the new and improved Bluetooth adding numerous extra features to the long list of features already present on the phone.

But that is not all, with a 6000mAh battery and a type C fast charging cable, you can be assured that the phone is already worth buying for its price.

Samsung Galaxy M30s weighs 188 grams and has the dimension of 159mm height x 75.10mmwidth x 8.9mm thickness which is just comfortable for your hand and your pocket.