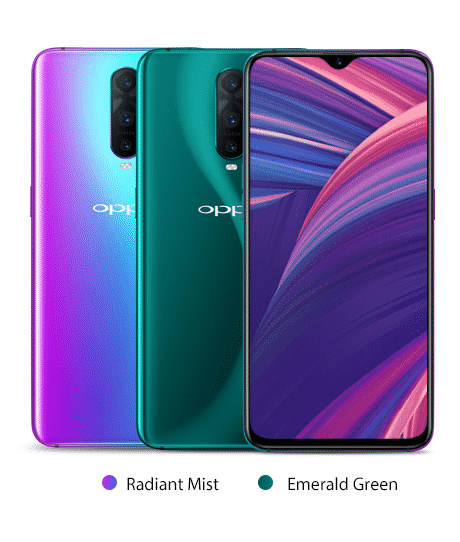 Oppo is known to be a camera phone but it is also known to make its phones very stylish and attractive. The Oppo R17 is an example of that. The colours and the design of the phone are very attractive. the Phone has the smallest notch and bezels.

The phone has a dimension 157.5 x 74.9 x 7.5 mm and weighs 180 g. Similarly, it has a 6.6 inch AMOLED capacitive touchscreen which feels comfortable while using. The front screen has the smallest notch for a selfie camera.

On the back, we have double cameras which include 16 MP wide lens, and
5 MP depth sensor. The setup also includes a LED flash.

On the front, we have a single 25 MP normal camera. As any oppo phone, both front and back cameras work wonders.

Similarly, the battery of the phone is a 3500 mAh that comes with 20 W quick charger. The battery will last a day.

R17 is a wonderful phone with strong processes and good camera quality. But for the price point, you can get a better phone now with better specs. Yes, it isn’t available in Nepal, but the pro version has the same story.

The R17 Pro runs on octa-core Snapdragon 710 chipset which is better than the R17. The design looks the same but the Pro has 3 cameras on the back.

In my opinion, both R17 and R17 Pro aren’t for 2020. With many smartphones being launched with a powerful OS and great camera in the budget. The R17 has no chance of competing with them.

Also check out : Redmi 10 X Price in Nepal with Specifications