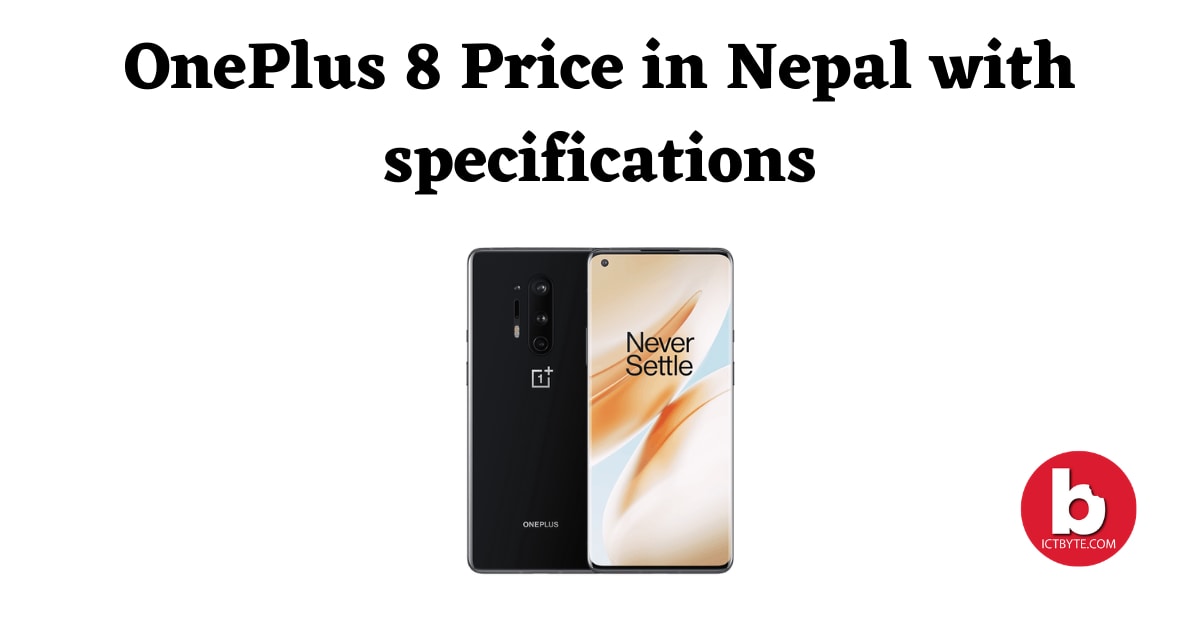 The new addition in the Oneplus family is the Oneplus 8 and 8 Pro. It is set to launch in June 2020. The launch was supposed to happen soon after it was launched in India. And the phone is finally available in Nepal.

Oneplus is known to be a flagship killer. But In the US the 8 is said to be the most expensive Oneplus model ever to be launched. According to the reports, the price of Oneplus is cheaper in India compared to The US.

The phone has a dimension 160.2 x 72.9 x 8 mm and weighs 180 g. Similarly, it has a 6.55 inches Fluid AMOLED capacitive touchscreen which feels comfortable while using. It is protected with gorilla glass 5. It has a small punch hole on the front for the camera.

The rear camera has triple cameras which include, 48MP wide lens, 16 MP ultrawide lens, and a 2 MP macro lens. It also has a LED.

Similarly, the battery of the phone is 4300 mAh that comes with 30 W supercharger. The battery will last a day.

The phone has up to 128/256 GB storage with no expandable memory. Moreover, network connectivity options on the phone include dual SIM (Nano-SIM, dual stand-by), Wi-Fi 802.11 a/b/g/n/ac/6, dual-band, Wi-Fi Direct, DLNA, hotspot, Bluetooth 5.1, GPS with dual-band A-GPS, GLONASS, BDS, GALILEO, SBAS, and a USB 3.1, Type-C 1.0 reversible connector. However, there is no headphone jack.

Seeing the reviews, the phone somewhat failed to reach the expectations.

Yes, the phone has strong performance and the display provides a beautiful colour range and a wonderful viewing experience. The battery life is also impressive with a quick charger. The fingerprint sensor is positioned in a reachable place on the screen and words fast.

So, what is the problem? One plus is known to make people go “WOW”, but there isn’t anything new in this phone. It has nothing special to it. Another issue that the phone has according to the reviews is the camera. The quality of the camera doesn’t match with the price and the flagship category. Yes, it works decent but having a decent camera in that price point isn’t enough.